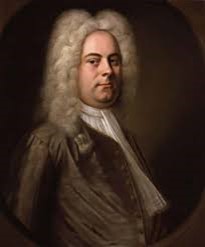 Georg Frideric Handel if now recognised as one of the world’s great composers, but his fortunes in his own day ebbed and flowed; not least with London’s musical tastes and the explosive egos of Italian opera singers. It was during a particularly low time that Handel accepted an invitation from the Duke of Devonshire to perform six concertos in Dublin. At the age of 56; and with a complete score for Messiah under his arm, he took up lodgings at 26 Lower Abbey Street and gathered an orchestra and choruses, mostly from the city’s two cathedrals. It would be the premier performance of the oratorio for which he would be famed and Dublin would be forever indebted.

“For relief of the Prisoners in the several Gaols, and for the support of Mercer’s Hospital in Stephen’s Street, and of the Charitable Infirmary on the Inns Quay, on Monday the 12th of April, will be performed at the Musick Hall on Fishamble Street Mr. Handel’s new Grand Oratorio, call’d the MESSIAH, in which the Gentlemen of the Choirs of both Cathedreals will assist, with some Concertoes on the Organ, by Mr. Handell.” 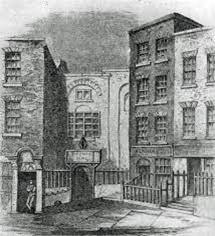 Interest spiked and 700 tickets for the 600-seat New Music Hall in Fishamble Street rapidly sold. According to reports at the time the women were urged not to wear hoops and the gentlemen to “come without swords” to maximise space. On Tuesday 13th April ‘The Messiah’ received its world premier and Handle’s music was a resounding success. It was described as “the most finished piece of music”, “Words are wanting to express the exquisite delight it afforded”, “The sublime, the grand, and the tender, adapted to the most elevated, majestic and moving words composed to transport and charm the ravished heart and ear.” Few today would disagree. And it was also a financial, raising £4001 for the charities.

This year for our Lenten Series; and to coincide with our focus on the use of Isaiah in the New Testament, we will be drawing on six of the passages that inspired Handel and gave rise to some of the most sublime and best loved music in the classical repertoire. More often than not The Messiah is performed around Christmas time; although to this day, on the 13th of April, it receives a public performance in Dublin outside what remains of the New Music Hall. It was however composed with Easter in mind, and therefore it provides a fitting inspiration for our Lenten Series.

African Messiah is a new celebratory work by the composer Tunde Jegede, based on the themes and melodies of Handel’s Messiah but seen through an African musical worldview. It is a chamber opera that follows the story of the Messiah in parallel to the story of African people bringing together their music with baroque and opera for the first time.

African Messiah brings a new accent to an established and familiar work with musical sound-worlds that are less familiar to a Western audience but nonetheless completely fitting, harmonious and complimentary to the sensibility and ethos of the work. It uniquely weaves in African musical traditions, such as that of the Kora and the Riti (African Violin) and makes the work a more multi-faith experience in keeping with our times without losing the essence of the original ideology African Messiah speaks to both the African experience and a universal journey of people to a sacred place of truth and understanding.

So please, immerse yourself in the music (when it comes), readings and reflections as we prepare for Holy Week and the resounding victory of the crucified and resurrected Christ. Hallelujah!