Reference has been made to our ‘Cell Church’ structure and given its importance to the way we intend to function as a church we need to explain the concept.

It’s generally acknowledged that people relate best in small groups of between eight and twelve people. Much below that and the energy is lost; much above that and people create a group within a group. Certainly if people are in a large crowd or organisation they tend to get lost and feel left out. So it’s important to recognise this quantity aspect of human nature. 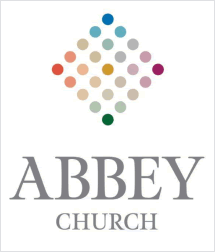 Furthermore, the quality of relationship seems to be optimised at somewhere between eight and twelve people. Within that size of group it’s possible to get to know one another very deeply and quickly and be accountable to one another without feeling threatened.

People can of course relate well and deeply to just one other person: this happens in many marriages and in many platonic relationships, but a group of between eight and twelve people offers a diversity of experience that can enrich our relationships.

With a diverse group of between eight and twelve people relating deeply to one another, there is an incredible amount of energy and community. It’s no surprise then that spiritual revivals have either arisen out of or resulted in some form of small group structure. And when we look at Jesus’ own mission strategy we discover just such a model.

The actual name given to a group is a rather secondary issue. Churches have all kinds of names for them: ‘small group’, ‘prayer group’, ‘Bible Study group’, ‘house group’, ‘home group’, ‘fraternal’ and so on. We happen to call them our ‘Cell Group’ because that best sums up their nature and purpose. So let’s take a look at the ‘Cell Group.’

The Cell Group is made up of between six and eight rather different people meeting in the homes of members, with two leaders (one leader and one apprentice leader). Our strategy talks about sharing God’s purpose as the community of faith by learning; by embracing; and by enjoying. The Cell Group offers a forum to realise that desire. And because we are convinced that exposure to different people (age, gender, ethnicity, experience, gifting) is vital for knowing God and making God known we try to make our Cell Groups cross-generational and cross-cultural. Jesus was not afraid to place a child in the middle of adults to teach the adults; and the Early Church was a mixed bag of men, women, Jew, Greek, rich and poor. Diversity is God-revealing and person-enriching, so being part of such a group will be illuminating, integrating and fun.

Each Cell has a lifecycle of about ten months; usually running from September to June. We want our Cells to go FAR – that is, we want them to go through three stages: (1) Foundation stage (based on Tom Wright’s books Simply Christian and Virtue Reborn); (2) Assimilation stage (exploring and applying foundations to our spheres of influence); (3) Replication stage (inviting family, friends, neighbours, colleagues and others to the Cell before dividing into two Cells).

You may notice that, for all the talk of deep relating between Cell Group members, the Cell mainly exists for the benefit of those outside the Cell: for spouses, children, relatives, colleagues, neighbours, friends and strangers. This is very deliberate because church members and congregations have a tendency to lock themselves away from the wider community. Struggling churches can ‘batten down the hatches’ and just try to survive for as long as possible; often seeing the world outside as a threat. Other churches can become so preoccupied with their programmes and organisations that they have neither the time nor energy to go out to the community – they see the world as an irritant. These are not healthy options for either the church or the community. Each Cell, therefore, has to be outward-looking. But to be effective in and for the world members require an authentic, informed and maturing faith – so in that regard the Cell provides nurturing.