Four days from now we will commemorate 150 years of worship in this fine building. On that particular Sunday 150 years ago, on the 20th of November 1864, there were two sermons preached, the second by Rev. John Hall and the first by Rev. Dr. W.B. Kirkpatrick, the collegiate ministers of what was then Rutland Square Presbyterian Church. The Rev. Kirkpatrick’s was the first ever sermon to be preached here and he took as his text on that occasion Zechariah 6:12-13

Each year on the nearest Sunday to the 20th November we mark the anniversary and this year it has special resonance. So I thought it would be fitting to return to Dr. Kirkpatrick’s text and sermon a century and a half on, mindful that the God who inspired him then and spoke through him to the assembled congregation on Zechariah’s theme, is the God who has remained the same throughout those intervening years and who continues to speak to us today. That divine source should at least guarantee some profit in the listening, for Dr. Kirkpatrick was a preacher of some merit, well beyond the capacities of his most recent successor.

It is easy to see why Zechariah chapter six was chosen for such a significant moment in the congregation’s history. Having worshipped in more modest buildings for so long, this brand new, purpose-built setting was a glorious alternative. Both minister and congregation were grateful for the generous gift that Mr. Alexander Findlater had bestowed; the records illustrate that, but I think it is fair to say that they were mindful also of the temptation to settle into its architectural glory and substitute this for the greater glory of the One for whom it and they existed. Israel’s history amply illustrated the consequences of focusing more on the material temple than on the ultimate spiritual temple to which it pointed; and Dr. Kirkpatrick determined to establish the proper priorities for his congregation from the outset.

He reminded them that there had been two temples in Israel’s national life. The first magnificent temple was built by King Solomon and celebrated with immense national pride. This temple was finally destroyed by the Babylonians and the upper echelons of Jewish society exiled. The second temple was built by the returning exiles to replace Solomon’s Temple, but it would be a disappointing shadow of the former glory. Indeed Zechariah prophesied to back up Haggai in his bid to encourage the somewhat disconsolate exiles in the early stages of this temple rebuilding project; a project that continued until Jesus’ day and was thereafter destroyed by the Romans in response to another Jewish revolt. All that remains of this Second Temple is the ‘Western Wall’, also called the ‘Wailing Wall’; and it remains a flashpoint of religious and political sentiment even today.

When Solomon’s Temple was complete, the people gathered as one expectant congregation to give thanks for the marvellous gift. As the worship service continued, the smoke of the glory of God’s presence filled it and God was present in the midst of His people. The people’s exile and the destruction of the Temple was a sure sign that God’s glorious presence had departed from Israel and the people clung on to the promise that one day they would return and; even more importantly, God Himself would return. Yet despite the rebuilding of the Second Temple by the returnees, there was no indication that God Himself had returned as of old. And so they clung to Zechariah’s promise that a man called ‘the Branch’ would finally build the temple of the Lord and that God would sit enthroned once more. Even more compelling in this prophecy; and something that gave rise to a great deal of speculation in Judaism, was the coronation of Joshua (Jeshua) with a double crown that married together the roles of priest and king, thereby identifying the ultimate temple-builder.

The New Testament makes it clear that this ultimate Temple, the dwelling-place of God on earth, is none other than Jesus’ own body – “Destroy this temple, and in three days I will raise it up.” (Jn.2:19). And this dwelling-place of God on earth is the Church (the body of believers who dwell in Christ); “the community of all, in every place and in every age, who repent and believe the Gospel; the community of penitent believers – to whatever worshipping society they belong, by whatever denominational name they are called (1 Cor.1:2; Heb.3:6; 1 Pet.2:5)”, to quote Dr. Kirkpatrick’s sermon. And the double-crowned Branch who builds the Temple is likewise Jesus (Jeshua) who is the foundation-stone and responsible for constructing with living-stones the spiritual house in which God dwells (1 Pet.2:5); to grow into a holy temple in the Lord, a dwelling-place of God in the Spirit (Eph.2:21f.). Of these stones, Kirkpatrick explains:

Every stone has its proper place in the Temple. No other place would suit it so well. It is just in the place in which it contributes most to the strength and beauty of the whole structure, and to the glory of the Divine Builder.

Applying all this to the congregation that sat before him on that particular Sunday in 1864, Dr. Kirkpatrick said:

This is the character of the Church which we long to see built up within this material Temple, in which we are now convened for our first Sabbath Service:- An assemblage of living souls – an habitation of God through the Spirit. If this result be not obtained, all the beauty of architecture by which we are surrounded, will prove to be no more than a vain delusive show – like the adornment of a sepulchre full of the bones and ashes of the dead.

Now we can’t speak for each of the generations that have since assembled here. We don’t know whether or not they became more entranced with the beauty of the architecture than with the building up living souls through the Spirit of God. I imagine that some never got past the architecture while others revelled in holy fellowship with the Architect of their souls. Passing judgement on our forbears does not concern us; although it may be sobering to hear their judgement of us! No, the question we must ask ourselves is this: do we long to see the Church built up within this material Temple, in which we are now convened for our Sabbath Service, or have we descended into a sepulchre of bones and ashes of the dead?

There is a great temptation to assume that a congregation’s best days were in the past; when the pews were filled with eager worshippers and the pulpit occupied by mesmerising preachers. There is a tendency to suppose that numerical attendance and oratorical eloquence add up to spiritual vitality. And we must admit that it is easier to feel the surge of faith, hope and love in a building packed with people and sound than in an empty cavern of echoes. If, as we look around and look within, we fear for ourselves and for our future, let’s hear again the wisdom of Dr. Kirkpatrick:

Our success in building up the temple of the Lord may not be great; but it shall be built by whatever instrumentality He may think fit to employ. Our very failure may contribute to subsequent success. The time is coming when they that sow and they that reap – when they that are hewing out stones from the quarry with much toil and weariness, and they that bring the top-stone of the Temple, shall rejoice together with one common, unmingled, and imperishable joy.

We are adding our labour to all their labours that have gone before us. If ours seems to be mere finishing touches to a Temple already near completion, so be it. If theirs was the heavy digging of deep foundations and the heavy lifting of massive stones, so be it. If they witnessed the undeniable transformation and we can barely see our meagre contribution, so be it. For neither they nor we can take the credit for this Temple of which we are a part.

All the credit goes to Him who took the full weight of the wooden beam upon his shoulders and thereby shouldered the full weight of human sin. Those who passed by hurled insults at him, shaking their heads and saying, “So! You who are going to destroy the temple and build it in three days. Come down from the cross and save yourself!” But he was not in the business of saving himself. He did not need to be saved. He was in the business of saving others; including those who mocked the weak. He was the Branch building the Temple. He was the Priest-King ascending his throne in the midst of the Temple. He was God coming at last in all His glory to dwell amongst His people. Jesus (Jeshua) has done the heavy lifting for us. God is back! Do you believe that?

Let me give the last word to my illustrious predecessor as we dedicate this anniversary year to God:

In this spirit, dear brethren, we, your Ministers, desire to commence our Services amongst you this day. We ask you to unite with us in recognizing this Church, although conferred on us immediately by man, to be the gift of the blessed God. Let the munificence of the gift encourage us to go forward with renewed courage and confidence in His noble service. Let us seek that it may not foster indolence, or worldliness, or pride, but rather stimulate to greater energy and activity in the work of the Lord. This humble, self-distrusting, Christ-exalting, hopeful, courageous spirit, is that which has favour with God, and is likely to have power with man. Let this be the spirit of Ministers, Elders, and people. 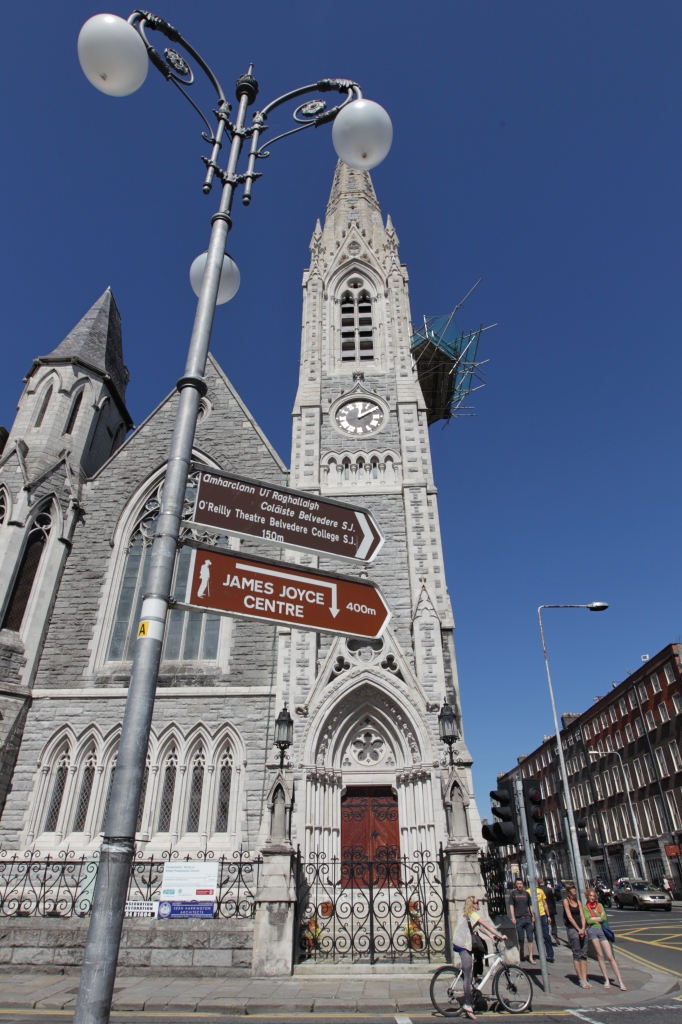 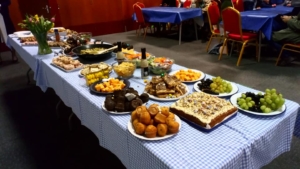 Abbey Sunday Morning Worship Service  will start at 11am visitors are always very welcome. You can use the front door ...
View Calendar